There is no doubt that it is easy to pick on President Bush's "Bushism"s. Here are a few of Candidate Obama's "better" quotes.

"It's not surprising, then, they get bitter, they cling to guns or religion or antipathy to people who aren't like them or anti-immigrant sentiment or anti-trade sentiment as a way to explain their frustrations." --explaining his troubles winning over some working-class voters

"The point I was making was not that Grandmother harbors any racial animosity. She doesn't. But she is a typical white person, who, if she sees somebody on the street that she doesn't know, you know, there's a reaction that's been bred in our experiences that don't go away and that sometimes come out in the wrong way, and that's just the nature of race in our society."

"Come on! I just answered, like, eight questions." --exasperated by reporters after a news conference

"In case you missed it, this week, there was a tragedy in Kansas. Ten thousand people died -- an entire town destroyed." --on a Kansas tornado that killed 12 people

Typical white person? What the heck is that?! Grrr.
Posted by Peregrina 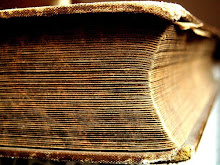